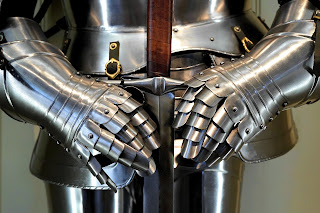 In the book of John, Jesus prayed that we would be one as he was one with God  Jesus knew there would come a time where creeds and doctrine would divide his people. Clergymen would even preached against certain beliefs, causing his parishioners to look down on any one who followed a doctrine that went against what they believed. But Jesus prayed we would be one. Paul wrote that there is one faith, one baptism and one holy spirit. If members of one denomination received the Holy Spirit then members of another received the same one.  Where we are not one is when we follow deceiving spirits. People of non Christian faith who don't teach according what is written in the Bible, but when it comes to faith like Methodists, Calvinism and Lutherism, that is where we are one. How? Each one is a part of the armor of God. Watch this video below for more on it.